Posted on June 15, 2015 by Splats Entertainment 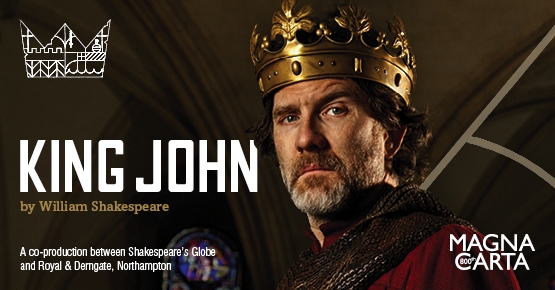 Driving home with my family from a theme park I suddenly swerved and shouted ‘Runnymede.’ I regained control of the car. My family asked perplexed what was up. ‘This is Runnymede, where the Magna Carta was signed’ I yelped. ‘The what???!!!’ they asked. ‘The Magna Carta, the big paper, you know when the Barons and the Mayors forced King John to recognise their rights’ I babbled excitedly.

‘What?? Who??’ ‘King John was forced to accept that he was not the absolute ruler and had to consult the people before raising taxes and everyone must be equal before the law’. ‘Daaaaad’ ‘It was…’ I continued in earnest ‘the foundation of modern democracy in the West that established the individual rights to freedom!’ Needless to say my rhetoric did not inspire my 9 and 11 year olds to stop talking about the theme park and go and look at a stone in a field; so we went home. They repeatedly asked me about my irrational yelp and swerve in the car and I tried to explain it’s importance, but, their interest was more ‘Parents do the funniest things’, than ‘Aha, now I know why it is important my school becomes a polling station.’ 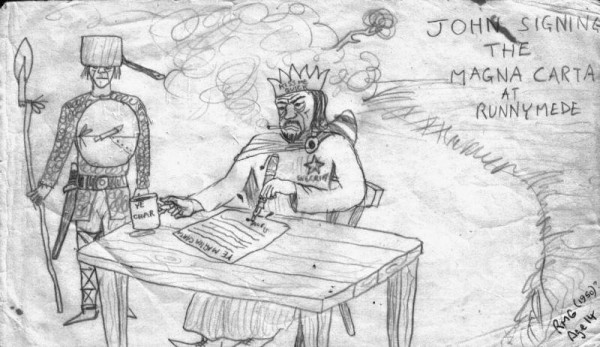 Recently, I saw Shakespeare’s ‘King John’ at the Globe Theatre and after only the second line of the play I realised what I had missed in my explanation to my kids and once again how Shakespeare had got spot on. The best way to explain history is through characters. Yes, of course there are movements and forces that lead us to where we are today. Why we speak this language and have a Queen with no power for instance but we can explain all this through characters. The moment Shakespeare’s King John uttered his first line the audience laughed at the self centred malevolence of this spoilt monster who was now finally in charge. We, the audience, understood he needed to be stopped. So that night I went back to my children and explained who King John was through Robin Hood’s eyes. I explained, that rather than all ending happily ever after, King Richard the LionHeart died in battle and the evil Prince took over and so the people decided that it wasn’t a good idea to let one person make all the decisions.